and wore it proud.

“I’m Fired Up” is more than a one-man battle. It is an ongoing fight  by a man and his passion for his country and it’s constitution that he willingly stands out front encouraging all of us to “Show Up, Stand Up, Speak Up…Fight for it, It’s our Republic.

In Horry County, South Carolina some may call Chad loud, angry, a thug…but you know what?  This  “thug” is a passionate veteran and believes “you, the people” are worth fighting for. He has so much support from the community because somebody is finally speaking out against the corrupt and dishonest local and state government, allowing their voices to be heard…FINALLY!  His supporters all happily joined Chad and soon formed what is now known as the “thug army”.  It has become quite the movement.

So when did the Thug word start meaning something good or positive?  Let us rewind to when Chad worked as a Horry County Firefighter.  Chad got hurt on the job and with the county’s 180 day policy. Chad was either forced to go back to work or to get fired. Chad made an appointment with the Council chairman and explained that this was near impossible and he needed more time. The answer was to get back or get gone! As a man who loved his job,  he worked hard to get back but  he was forced back to work too soon.  It was his third shift when another incident occurred where he was unable to perform because he wasn’t fully healed, causing him to further injure himself and ended up getting fired.  His brothers and sisters were under failed leadership, forced to be silent, fired for unjust reasons…This was not the way his mentors would have accepted.  This was not the way any department who took an oath to protect it’s citizens should be treated.  This was the very moment 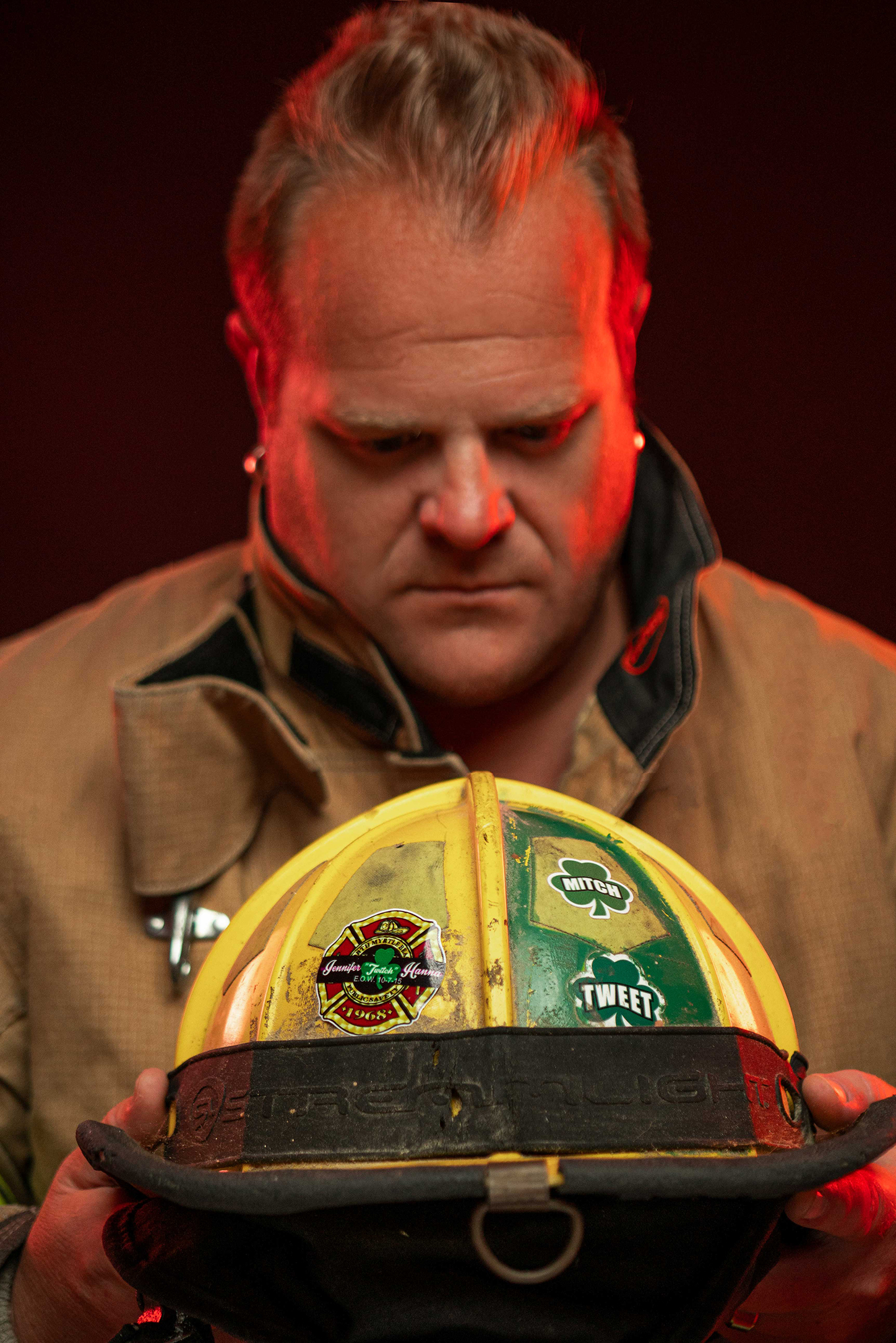 Chad was able to find a purpose again.  He knew this was Gods plan. He took this opportunity given to him and spoke up for his brothers and sisters who couldn’t do it themselves because if they did they would be fired.   The elections were coming up and Chad had his eye on the only event that where the candidates would take questions from the community. He circled the date on the calendar and said “this is my only opportunity to let everyone know what is being done behind closed doors and to expose the man who silences this department that protects them. He prepared his wife who would accompany him that it is imperative to record video and no matter what, do not stop. He also prepared her to bail him out of jail. This was the night he brought all of the paperwork, all of the proof, all of the wrong-doings and spoke to the chairman in front of a room full of people.  The results were jaw dropping. The chairman grew very angry and stormed out, slamming the door behind him.  The next day on the news he reported that he was attacked by a “union-thug”.  We don’t have any unions in South Carolina and we are all very well aware of that. Thug? Thug? That’s right! If a man shows everyone how the county chairman has treated the department by calling him a thug then, well, a thug it is.  The outcome of the election wasn’t in the current chairman’s favor and the county rejoiced! Unfortunately that was just the beginning of this long fight right here in Horry county all the way to the representation in the State.

The Thug took on the name, wore it proud, all the while receiving support from the county who would thank Chad and sign their name on social media as “thug army”  We have watched him grow, advocate, lead, help where it is needed, work and run the infamous sand pits where locals were “left to drown”  from flooding issues all ignored by the politicians who only came for photo-op’s.

What started out as two, the Thug and the Thug Wife, has garnered a following on Facebook live and talk radio 94.5 where the community embraces and supports what the “thug” is all about.  He stands for honor and integrity and has said over and over, “what’s right it is right.” A man who wants to make this place a better place to live, a patriot, a fighter, a voice for those unable to speak, is just a man who wants to show the corrupt that “we, the people, will show-up, stand- up, speak- up and we  will fight for it.  It is our Republic!”  It may be loud, it may sound angry but I promise you that it is a man who is speaking with such passion that when you listen, you feel it!  An honest man who can take a few bullets to make things a little better is extremely satisfying for this guy and if you get the chance to see the real Chad or “thug” you will see it for yourself, he is exactly who you see on Facebook or hear on 94.5.  Join the thug army, you won’t regret it!  He’s Fired up and you will be too!